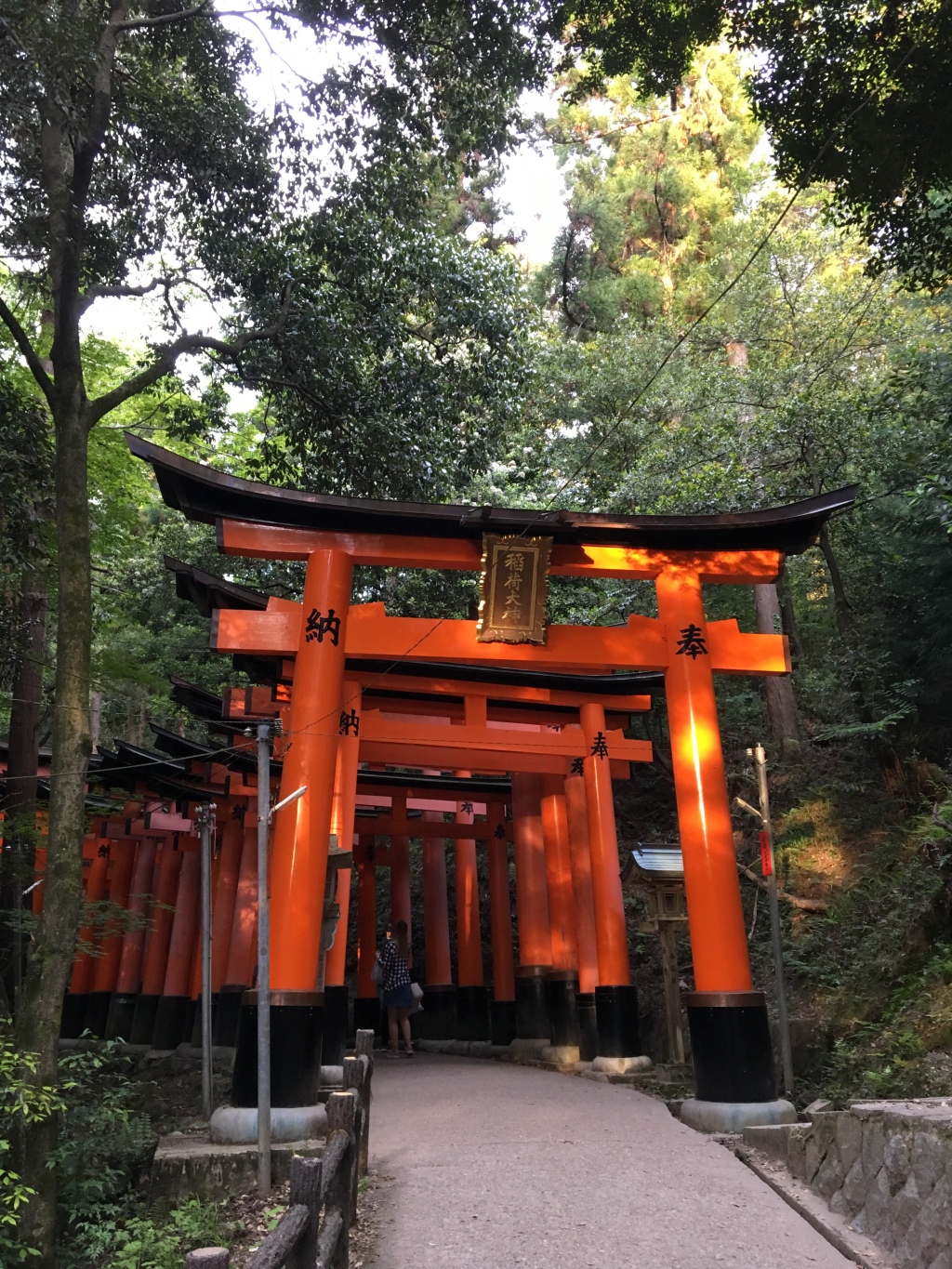 Before… All this, when physical travel was still a thing

About the country and culture

We were lucky enough to spend our two-week honeymoon last May in Japan. It’s a while ago, so I’ll focus on the most memorable parts pictured. Still, there are plenty of those.

Japan is a vast country. We wanted to see several cities and countryside alike, without spending many full days in transit. That limited the destinations  to the following: Tokyo, Yamanakako (Fuji five lakes), Kyoto, Nara, Hiroshima and Miyanyima.

Living in the middle of Manga – Tokyo

Starting from Tokyo; Shibuya felt like been dropped into a manga series. Travelling in the underground 9-10 pm felt like one would have been dropped in the middle of identical office-working robots. At least I got a glance of life I would like not to lead, no matter how interesting the city itself was. Residential areas were much more human.

You could reserve a day for each and every part of Tokyo you visit, or just accept after a couple of days that you are never going to see everything, and move on, toward larger hotel rooms, quieter areas, and less stressed people.

Find the art of hospitality in the countryside

After hectic Tokyo, we headed to a peaceful village, Yamanakako, located in the Fuji Five Lakes area. We chose to stay in an authentic Ryokan, Japanese Bed and Breakfast, which is an experience itself. You are taken care of and looked after in a way nowhere else. As an example: Due to my dietary limitations during the trip, we decided not to have dinner in our Ryokan but to head outside. As taxis were not common in the area, we were taken by car to a nearby restaurant and were picked up after our dinner – free of charge. On the first morning, our host reached us in our room by phone 08:02 am – the breakfast was served at 8 am, so we should proceed to the table.

The same day, we were driven around Yamanakako to more and more magnificent vistas to Mt. Fuji. The host was less satisfied with the weather conditions as we were and just wanted to make sure we could capture the mountain.

After a couple of relaxing days in the countryside, we were ready for the next big town.

Our hotel in Kyoto, Enso Ango, provided some once-in-a-lifetime experience: Morning meditation lead by a Buddhist monk, straight from the monastery from a walking distance! The one-hour meditation did not feel long at all, as it combined guided meditation, silent meditation, walking meditation as well as practical tips for everyday life. Still haven’t bought the teapot made from glass (watching tea brewing can be a moment of everyday meditation, we learned), but that is definitely on the list.

Kyoto free walking tour not just guided as through the historical city, but gave insights we hadn’t bothered to study ourselves in advance. We got in the magical world of Geiko (Geisha) and Maiko, learned how they were and are educated (that’s some extreme stuff – signing up for a lady to pay your education, sleeping on wooden “pillows” and learning some ancient instruments), a lot about teahouses as well as why Kyoto still believes their emperor is just on an extended trip in Tokyo.

Another great, more touristy (but, that’s what we were…) experience was Kimono Tea Ceremony Maikoya. A real tea ceremony would take hours, now we got to experience how it is to be dressed the Japanese way (time-consuming) and the making of matcha (fun, but specific) in a condensed mode. 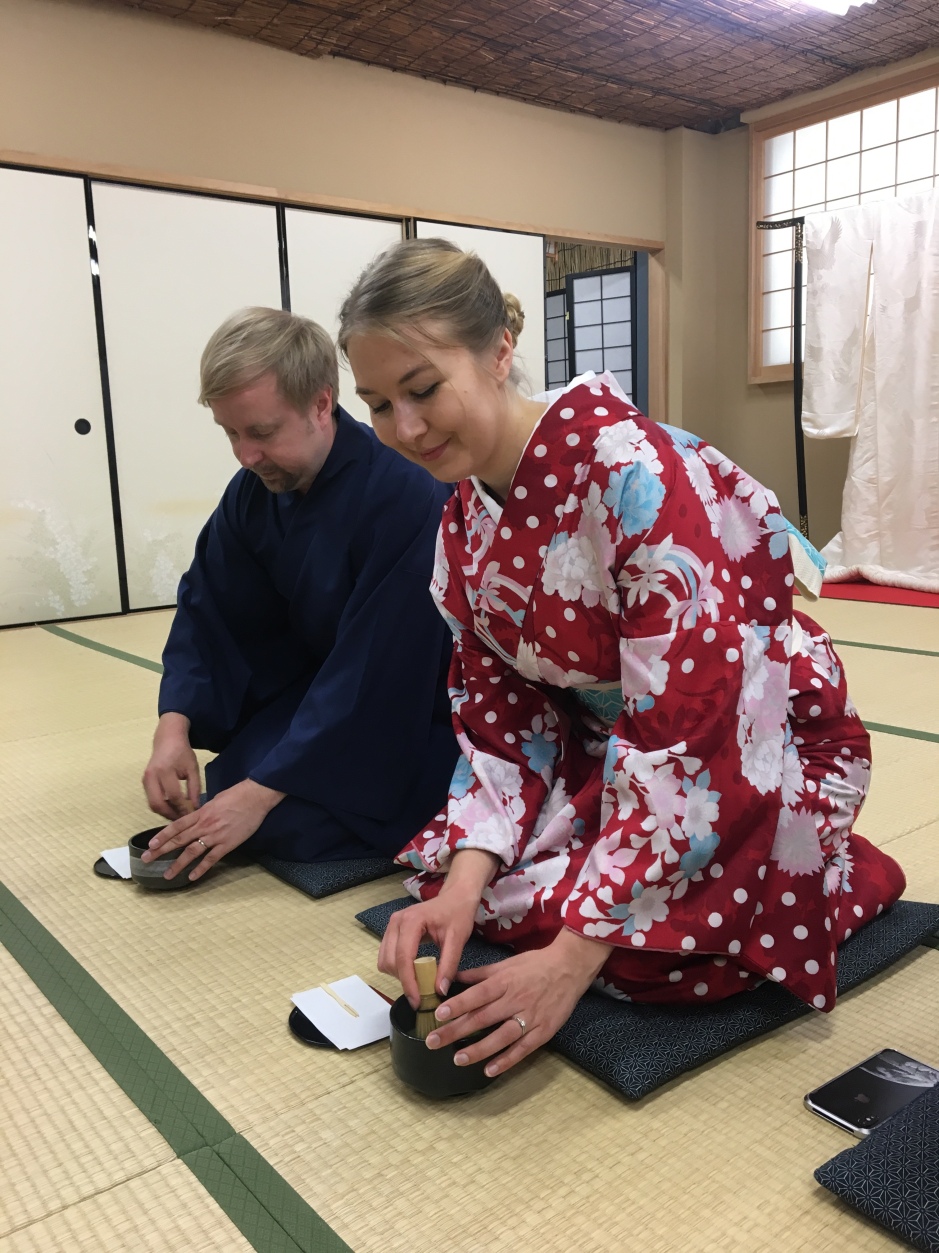 Everywhere in Japan, there is a must-see shrine and/or temple to see

Japanese people are spiritual. I don’t know if they would admit it themselves, but looking from outside, they have integrated the best parts of various religions to their everyday life. They happily mix Shinto and Buddhism while having a Christian-looking wedding. You can have a shrine for soba noodles and visit another to ask for wealth.

There are tremendous shrines and temples everywhere, but at some point, you might feel slightly overdosed with those. Pick what you want to have more of: Money, love, noodles, there is a shrine for everything!

Be prepared there are probably masses of tourists near temples. It’s great to see some of those, but the number of other visitors might actually get to your nerves. 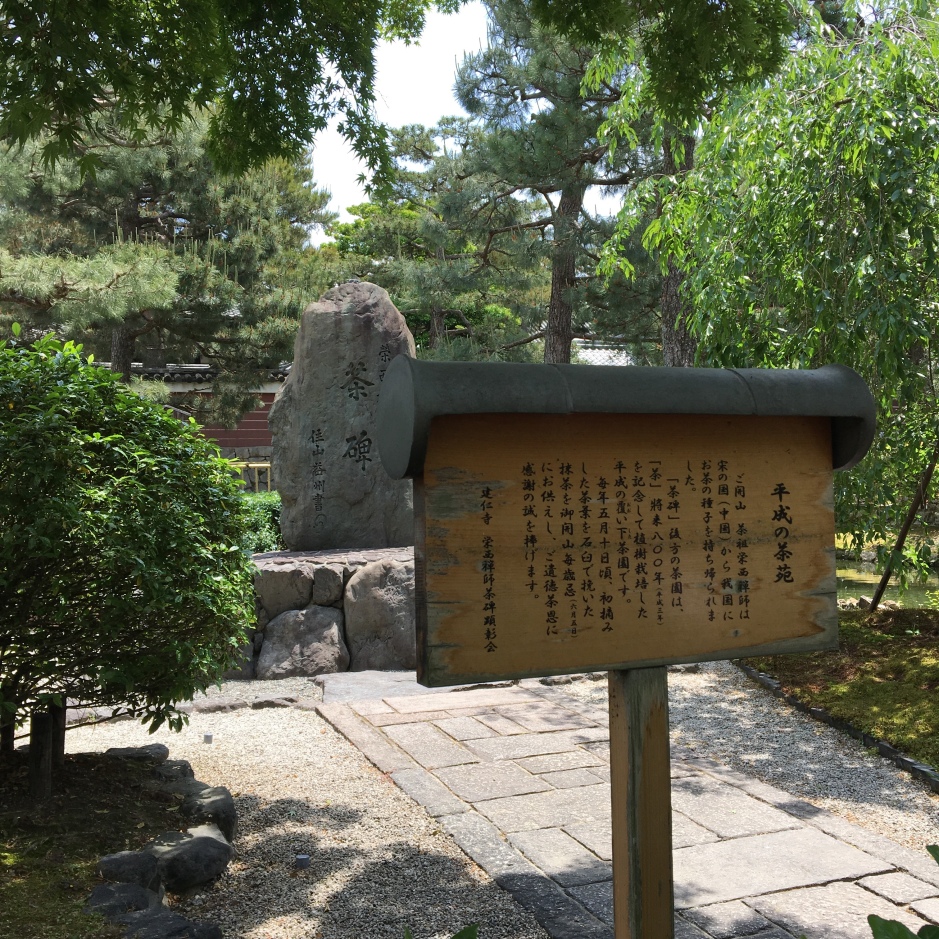 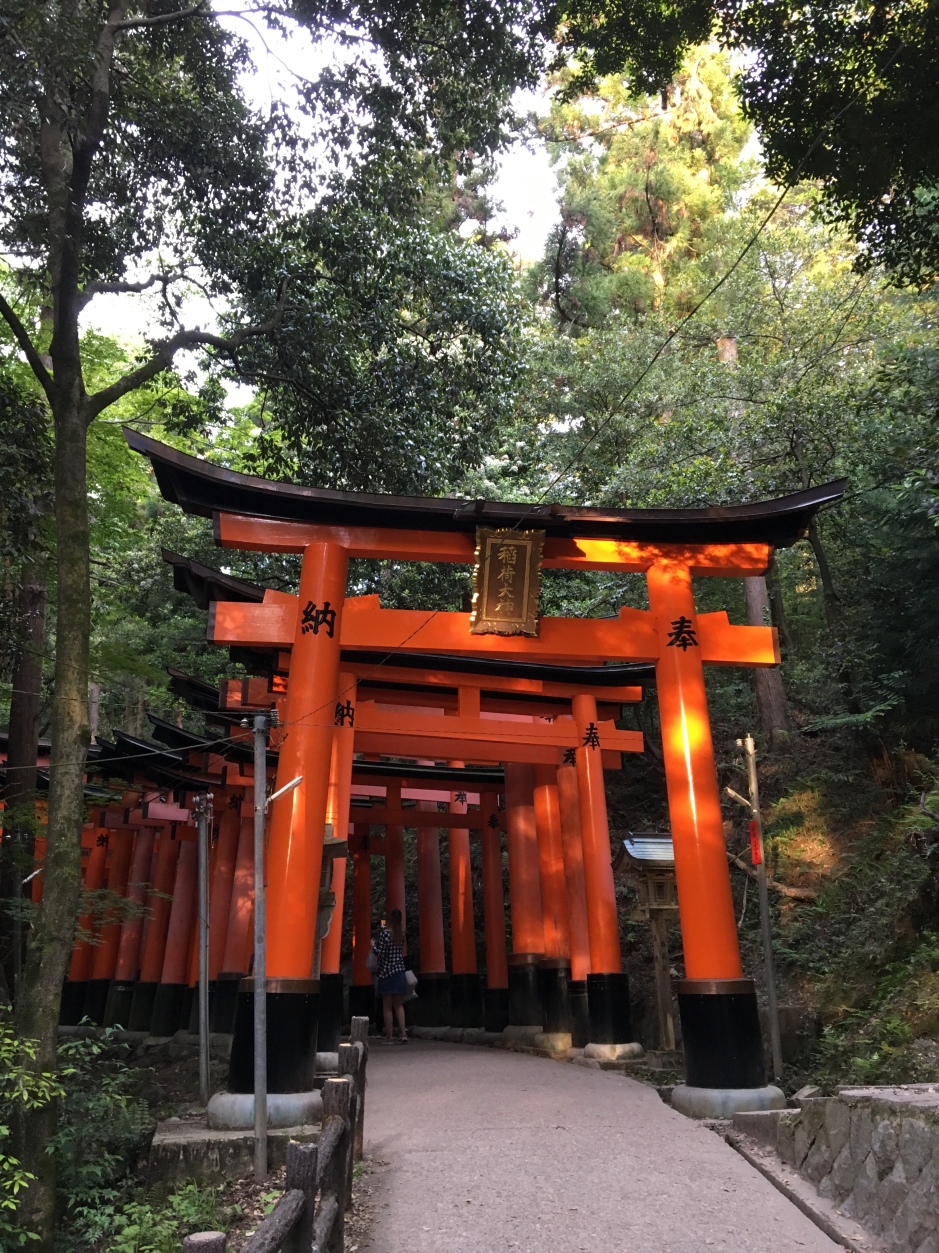 History as it must be remembered

Not feel-good happy happy, but  one of the most memorable visits during the whole trip: Touring Hiroshima Peace Memorial Museum. It is hard to truly imagine all the horrors that happened on the site, but the museum gives an idea of what happened not only on the day but weeks, months and years after.

Wonders of an island

If Hiroshima was somewhat sad and melancholy, the near-located island Itsukushima (Miyajima) provided an excellent next day. The island is famous for its floating gate, but should be for its lovely deers and excellent hiking paths as well. Prepare with sneakers and loads of water, and you can enjoy the most beautiful forests, scenery and landscape. 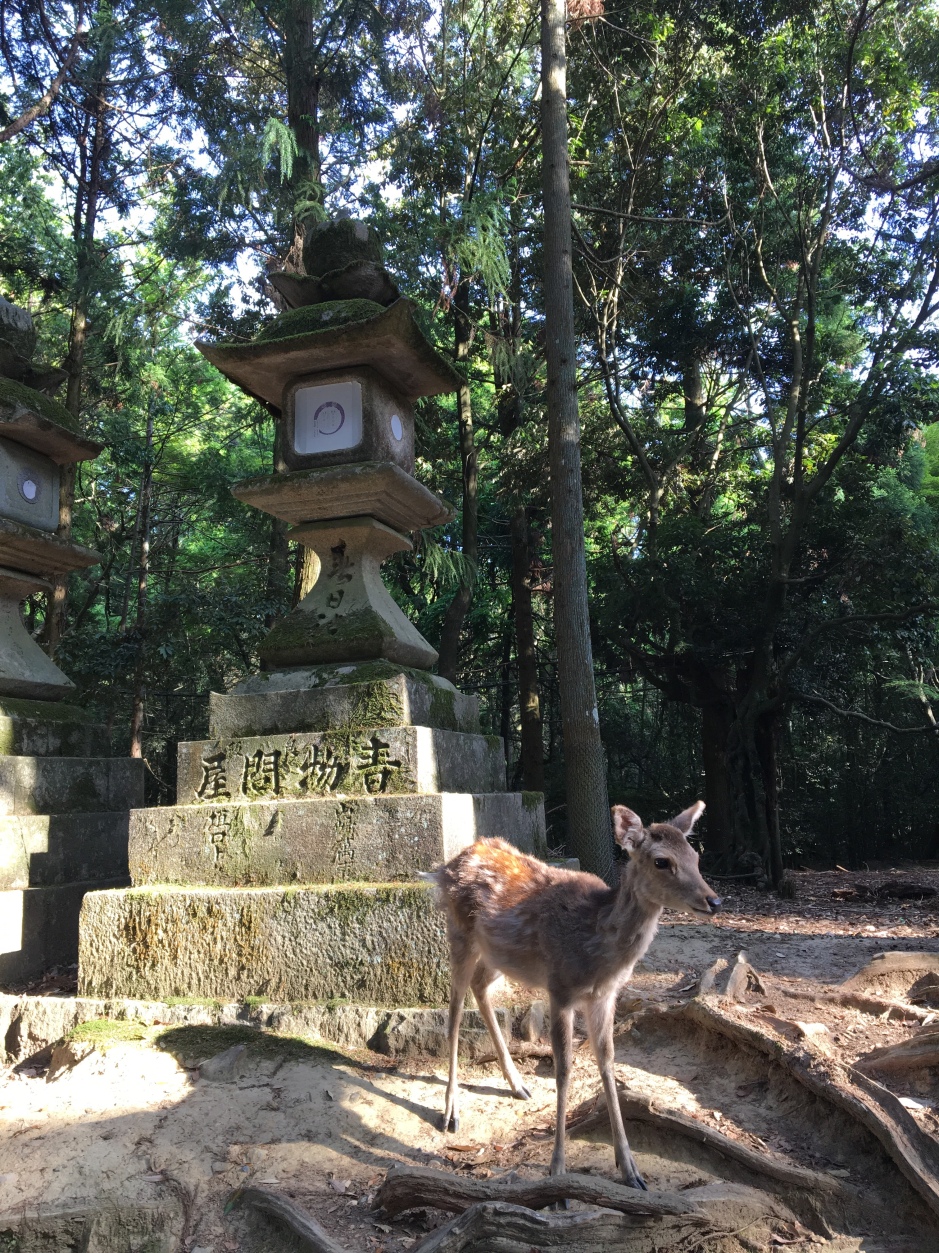 Original culture is best experienced on the countryside, in the nature and temples

For me, nature and temples were the best part of the trip. I wish we would have allocated more time for just walking around on some spots, at least at the Fushimi Inari-taisha in Kyoto, as well as Miyayima (Itsukushima) island. Both would have been worth more time and energy: If re-planning, I’d reserve half-a-day only for hiking in both. 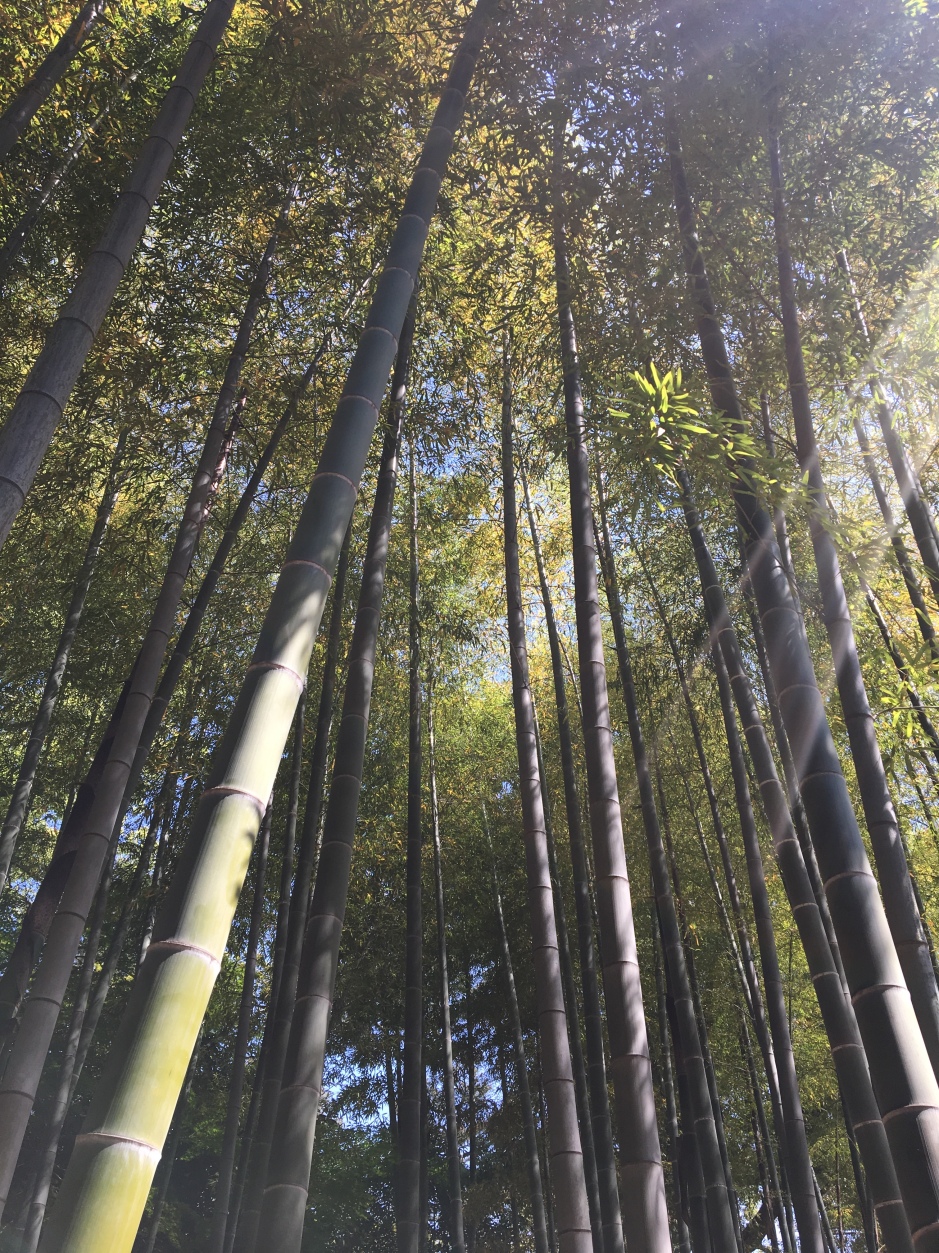 Sushi, sashimi, tempura, miso, ramen… You know it, you love it. My personal surprise: After enjoying the parts of Japanese cuisine suitable for the Finnish pregnancy diet, all I was craving was fresh fruit, bread in the morning, porridge, potatoes and basically anything, that would not contain rice, grilled fish and/or meat.

Japanese are obsessed with rice and have it on every meal. Breakfast is a type of mini-meal itself, not something combined from ingredients not that common on other meals as in Europe.

Speaking of… The food was delicious but very ricey. Also, taken into account some western-pregnancy recommendations, it consisted of loads of cooked fish.

I made big learning about myself concerning food: Even, if I have sometimes considered myself somewhat international, my food habits are absolutely extremely European. Fish and rice, or fish and noodles topped with some eggs three times per day were absolutely too much. I was craving salads, fruit, and bread. 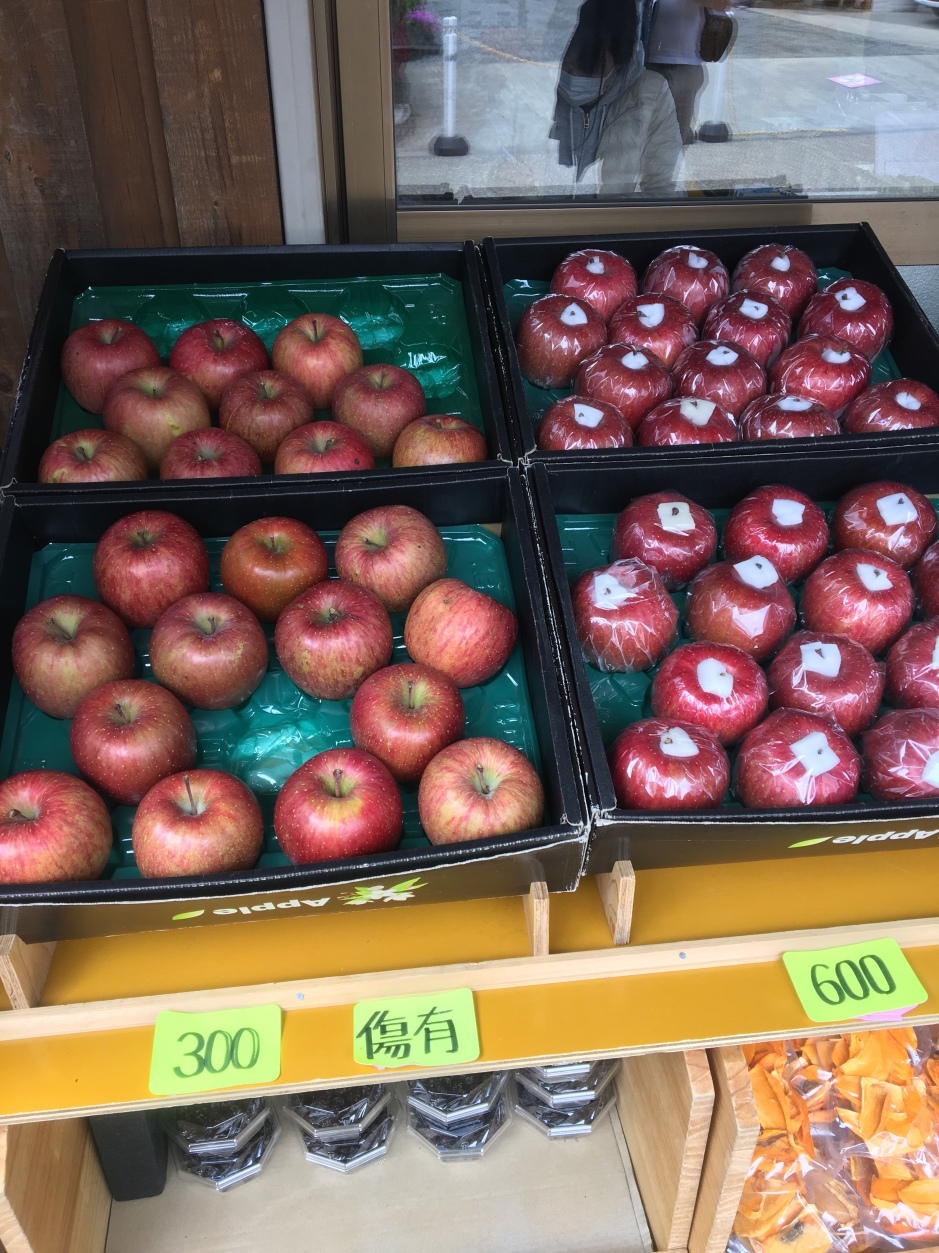 Things I was not prepared for: Fruits are extremely expensive in Japan. As pictured, an apple could cost in a market 2,5-5€. I read several articles about the topic, and the reasons are various: The limited land for agriculture, as well as the aspiration for total perfection. But, best eat your apple home and get prepared for rice.

Practical tips for travelling in Japan

iThere are no comments

Begin typing your search above and press return to search. Press Esc to cancel.