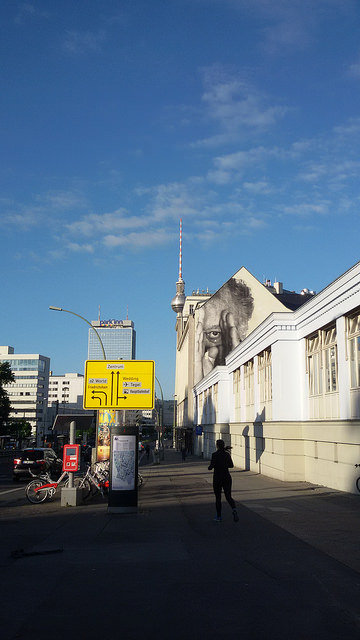 Past week it was my time to say bye to Berlin and my homiest place there, Prenzlauer Allee’s McFit -gym. I do not even exaggerate when I call the gym my homiest place in the town: During my 2 years and 9 months in Berlin I officially lived in four different addresses, even my office moved once but I went to the same gym at the same place all the time. In addition to that, during the last 9 months I for sure showered more often at the gym than at my home.

During the years I got used to the German, Berlin or McFit gym culture: The crazy obsession to towels (“Bitte mit Handtuch trainieren” – do not even imagine lying anywhere without the sacred towel – and in case you forgot yours, go and buy one from the wending machine), desinfecting cardio machines after even 5 minutes use (even the treadmills), being the only lady among 40 guys lifting weights (and feeling like a cow among bulls – but hey, why would I die on people staring at me) and wearing flip flops in the shower.

The smallish group of people who was there every morning between 7 and 8 am felt in the end like a family or at least like a group of friends, even though I can’t name many of the people or barely talked to anyone. Still, somehow in the end of my Berlin gym career, which came unexpected suddenly, I felt like I should have informed everyone that I hadn’t abandoned the gym, the people or my fitness regime, but had left the country for good. My last morning in Berlin, even though I did not go to train to the gym, I still went there one more time just to see the place and feel the athmosphere.

Next challenge for Stockholm: Finding the perfect gym. No place can take McFit’s place but maybe there is something different and somehow even better around the corner.

Begin typing your search above and press return to search. Press Esc to cancel.